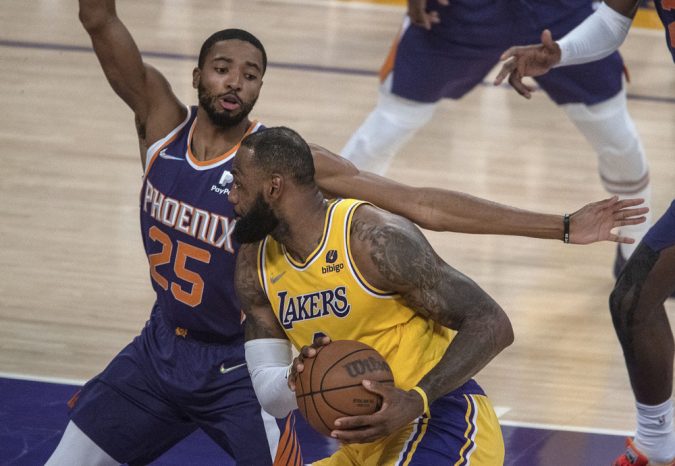 The regular NBA season is winding down, so it’s time for awards season. When it comes to the NBA Defensive Player Of The Year odds, the Phoenix Suns’ Mikal Bridges continues to impress.

Bridges isn’t the only Phoenix Sun fighting for an award. Devin Booker has been in the MVP discussion with odds at DraftKings Arizona at +2500. Most Arizona sportsbooks favor coach Monty Williams to win Coach Of The Year. BetMGM Arizona has Williams at -2000.

The NBA Defensive Player Of The Year award usually goes to centers. In fact, the last perimeter defenders to win the award were Draymond Green in 2017 and Kawhi Leonard in 2016. However, with Bridges’ unique playstyle, we wouldn’t count him out just yet. As of Tuesday, DraftKings Arizona along with Caesars Arizona and BetRivers Arizona have Bridges with the greatest odds at +300.

The Case For Mikal Bridges As Defensive Player Of The Year

From ESPN’s Stephen A. Smith to Suns coach Monty Williams and even teammate Devin Booker, plenty of people have spoken out about Bridges deserving the award.

“He’s the Defensive Player of the Year, no doubt,” Booker said about Bridges. “The criteria just varies so often so it’s kind of hard to pinpoint who the NBA wants it to be but I think it’s pretty obvious. The versatility of it, from guarding point guards to 4-men to 5-men and doing it for 50 minutes a game.”

Bridges is known to hit the court every game with drive and determination. He produces on defense for 35.5 minutes a game, and he still has the stamina to produce on offense. At 6 feet, 6 inches with a 7-foot wingspan, he is currently one of the game’s best perimeter defenders.

The “Warden” as he is called by Phoenix Suns fans, defends some of the most formidable offensive competitors in the league. From the Memphis Grizzlies’ Ja Morant to the Los Angeles Laker’s LeBron James to the Golden State Warrior’s Steph Curry to the Dallas Maverick’s Luka Dončić to the Utah Jazz’s Donovan Mitchell and even the Atlanta Hawk’s Trey Young. Bridges has covered them all and has done it well.

Bridges’ traditional stats aren’t out of this world, but he has the IQ to know how to play defense differently from each player. He knows to play more physical defense against James and play defense farther out against Curry.

And according to NBA.com tracking data, Bridges moves around the court 1.30 miles per game on defense, making it the most in the league.