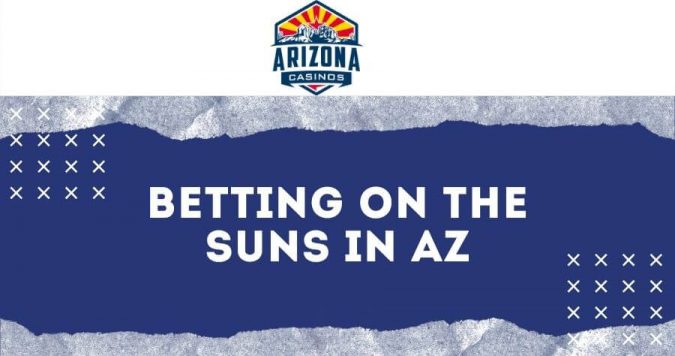 With the heart and soul of their team sidelined, the Phoenix Suns will be making on-court adjustments. But the question sports bettors are asking is how will Chris Paul’s thumb injury impact the Phoenix Suns futures odds?

For the moment, the Arizona sports betting market is seemingly shrugging off Paul’s broken right thumb. Futures odds for the Suns remain unchanged from Feb. 14 at DraftKings Arizona, BetMGM Arizona, and Caesars Arizona. The Suns’ odds to win it all have grown shorter at BetRivers Arizona and FanDuel Arizona.

This is despite the fact the Suns will likely be without Paul until the NBA Playoffs. Paul’s thumb will be re-evaluated in six to eight weeks. There are seven weeks left in the NBA’s regular season.

Even if Paul is cleared after six weeks, he’ll likely need time to resume basketball activities before returning to action. Rushing back for the regular season may not be practical.

If the injury isn’t healed until the end of that timeframe, Paul will definitely miss the start of the postseason.

More betting action: What’s next for Arizona sports betting after the Super Bowl?

At +450, the Suns remain the favorites at Caesars. Despite the uncertainty of Paul’s return, the Suns are now +400 at BetRivers after sitting +450 a week ago. FanDuel has dropped both the Suns and Warriors to co-favorites at +410 after being +460 a week earlier.

To stay or go?: You can bet on whether Kyler Murray will stick with the Arizona Cardinals

What’s Next For The Phoenix Suns?

At 48-10, Phoenix has the NBA’s best record and is in line for home-court advantage throughout the playoffs. The Suns have a 6.5-game edge over the Warriors and are eight games ahead of the Memphis Grizzlies.

The NBA’s top three records are in the Western Conference, so home-court advantage is crucial. Coach Monty Williams is confident the Suns will continue their strong play even with Paul sidelined.

“I’ve had meetings with our coaches about what we’re going to do going forward. Different lineups. Rotations. How we’re going to play,” Williams said after Sunday’s All-Star Game, according to the Arizona Republic. “Chris is a huge part of what we do. And so we’re not going to try to replace him. We’re just going to try to play the same way and keep our standard at a high level and I’m grateful for the depth that we.”

Williams was injured last Wednesday and said Saturday that he has faith in his teammates to get the job done in his absence.

“We’re 48-10, and if we do miss some time, I know the guys are going to hold it down,” Paul said, according to ESPN. “There’s always going to be a frustration with injury… I always want to play. When I felt that in my hand, I was mad for all types of reasons,” Paul added. “Obviously, we’re not going to (rush it). I’m going to try to heal as fast as physically possible. The second I’m able to play, I guarantee you I will be playing.”

“I look at the beauty in it,” Booker told ESPN. “He gets to rest his legs. He gets to get ready for a long postseason that we’re trying to make happen. So we got to hold it down without him. We got to hold the fort down. I’m sure (Williams) is already coming up with some game plans and schemes to make it work without him out there.”