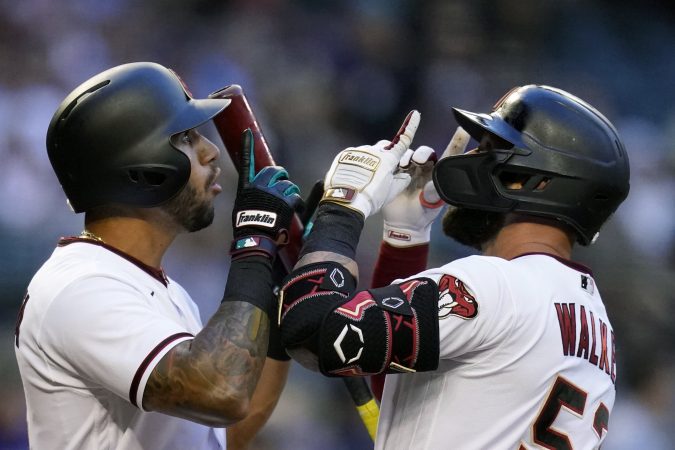 The Arizona Diamondbacks are looking for revenge as they host division rivals, the Los Angeles Dodgers, for a  four-game series starting Thursday. Arizona sports betting odds are leaning towards the Dodgers to take the first game in the series.

Claim up to $1,050 free with DraftKings Arizona promo code

Los Angeles swept Arizona in LA last week in a four-game series. The Dodgers are first in the NL West and are on top of the National League with a 29-14 record. Arizona is struggling in the division with a 23-22 record falling in fourth place.

The series kicks off Thursday night at Chase Field with sportsbooks like FanDuel Arizona listing the Diamondbacks as the underdogs.

Castellanos had a rough night in Chicago against the Cubs on Friday, giving up three runs in 5 1/3  innings. In four starts, he has three walks and 18 strikeouts. As for White, he gave up three runs in 2 1/3 innings on Friday night. He is averaging a 93.4 mph fastball and is known for his slider and curveball.

Arizona is starting left-handed pitcher Madison Bumgarner (2-2, 2.76) for Friday night’s game, whereas the Dodgers are sticking to a right-handed pitcher with Tony Gonsolin (4-0, 1.62).

Saturday’s game has Arizona switching back to a right-hand pitcher, starting Merrill Kelly (3-2, 3.49). Los Angeles has yet to announce its pitcher.

The series ends on Sunday with Los Angeles starting left-handed pitcher Tyler Anderson (5-0, 3.30) and Arizona yet to announce its pitcher.

When it comes to Los Angeles’ pitching, it has the lowest ERA in the MLB at 2.76.

How many will they win?: Betting on the Arizona Cardinals’ season wins total

The Dodgers lead the league in averaging 5.62 runs per game. Mookie Betts has been a threat, hitting seven doubles and seven home runs in his last 12 games.

The bats for the Diamondbacks have also been alive and well. David Peralta has eight home runs under his belt and 20 RBIs. This season, Daulton Varsho has also hit eight home runs, and Christian Walker has 20 RBIs.