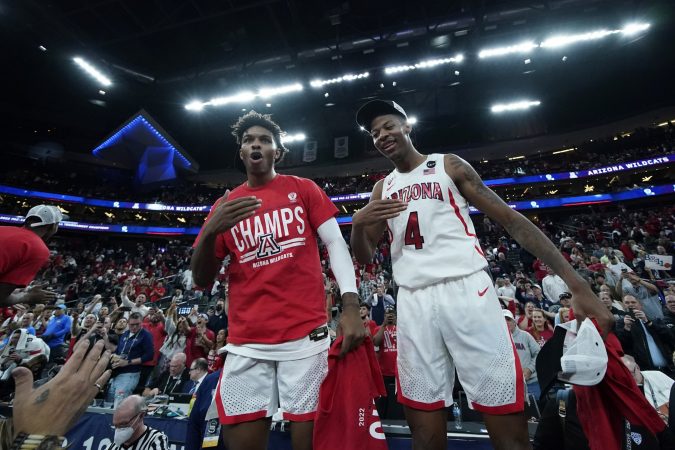 
New users of the FanDuel Arizona Sportsbook app will get $150 in free bets in a March Madness promo. All you have to do is bet $5 on any team in the NCAA Tournament, and it doesn’t matter if your team wins or loses, this FanDuel Arizona promo code will reward you with $150 in site credit.

The promo offer is good for new users during March Madness, which began on Tuesday night with a pair of play-in games. The champion will cut down the nets on April 4. In all, there will be 67 games to determine the best in 2021-22 college hoops. For the first time since 2019, the teams are spread out across eight cities for the first weekend, returning to the popular format that concludes in New Orleans on April 2-4 with the Final Four.

For Arizona hoops fans, there are hopes that the Wildcats could be one of the four teams remaining that weekend. As one of four No. 1 seeds, Arizona has a good chance.

How To Claim $150 Free With FanDuel Arizona Promo Code

Sign up for your new FanDuel Sportsbook account using our exclusive link.
Verify your identity and your location as being in Arizona.
Wait for your confirmation welcoming you to FanDuel.
Make your initial deposit into your account.
Place a $5 moneyline wager on any March Madness game.
Regardless of whether your team wins or loses,  you will be given $150 in free site credit in the form of six $25 bets. The bets must be used within a specified time, and they can be used on any sporting event — not just March Madness.

After you have placed your $5 moneyline wager to qualify for the FanDuel Arizona promo code offer, there are more bets you can make. Here are some of the best Arizona sports betting wagers for March Madness:

FanDuel lists Arizona at +600 to win the NCAA Tournament, making the Wildcats the second favorite behind Gonzaga (+300).
If you think the Wildcats will beat Gonzaga in the championship game, FanDuel is currently giving odds on that result at +2000. Or, reverse it for a Zags over Wildcats, and get +1400.
The Purdue Boilermakers have been one of the most consistent teams in one of the deepest conferences this season. If you think the Big Ten will face the Pac 12 (specifically Purdue vs. Arizona in the Final), you can get +5500 odds from FanDuel on that.
Maybe you want to flip it and go against Arizona. FanDuel is offering +350 odds on the Wildcats NOT making the Final Four. Dan Holmes has written three books about sports. He previously worked for the National Baseball Hall of Fame and Major League Baseball. He enjoys writing, running, and lemon bars. He lives near Lake Michigan with his daughters and usually has an orange cream soda nearby.