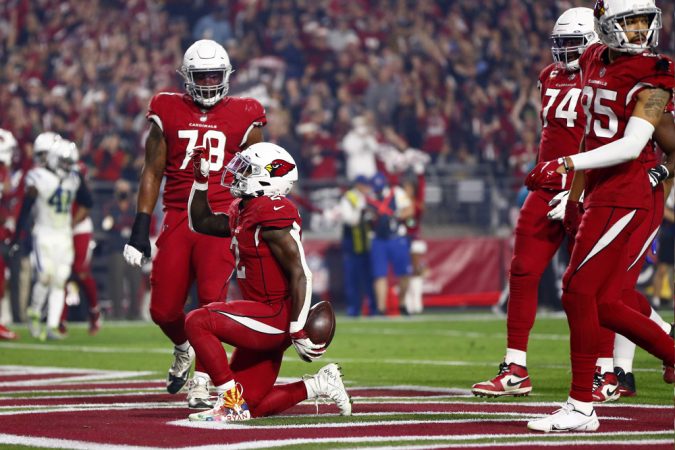 The 2022 NFL Draft kicks off Thursday. With many Arizona sports betting options on prop bets, we have the Arizona Cardinals NFL Draft odds. And after a disappointing end to a season that started so promising, we also have the Cardinals’ draft needs.

Claim a $1,000 risk-free bet when signing up with FanDuel Arizona

The Cardinals have the No. 23 pick in Thursday’s first round. Here are betting odds from DraftKings Arizona, FanDuel Arizona, and BetRivers Arizona concerning which position they will draft first.

The Cardinals haven’t done much in free agency, and with a plethora of needs, they will want to use their draft picks wisely.

Defense is going to be the number one need, especially the defensive line and specifically an edge rusher due to the departure of defensive end Chandler Jones.

Arizona still has defensive ends JJ Watt and Zach Allen, but they will need to add depth to that position for fear of injuries. Both Watt and Allen suffered injuries last season.

The Cardinals will most likely be leaning on outside linebacker Markus Golden again after finishing last season with 19 quarterback hits and 11 sacks. Lineman Dennis Gardeck is returning to the roster, but a hand injury last season made him miss the first three games, and he ended up playing 16 percent of the snaps leading to just four quarterback hits. Devon Kennard, who was used as a rotational pass rusher and ended the season with two quarterback hits, will also be back.

So, the Cardinals will be looking to the draft to get some help to put pressure on quarterbacks this upcoming season.

Arizona will be calling for some depth in the backfield for linebackers and cornerbacks.

The Cardinals are bringing back linebackers Isaiah Simmons and Zaven Collins. Collins played 20 percent of snaps in his rookie season but is expected to play a much more significant role with the exit of Jordan Hicks. Arizona also has Tanner Vallejo and Nick Vigil but will need to add more depth.

As for cornerbacks, the Cardinals really only have Bryon Murphy and Marco Wilson.

Wager at the golf course: DraftKings to open retail sportsbook at TPC Scottsdale

Add Depth To The Offense

In addition to the team’s defense, the offense also needs work. There has been plenty of drama this offseason surrounding quarterback Kyler Murray who still hasn’t been offered a contract extension, but he isn’t expected to be going anywhere. And the Cardinals signed backup quarterback Colt McCoy to a two-year contract extension.

So, it doesn’t look like Arizona will be looking for a quarterback, but it will need some wide receivers and running backs. The Cardinals’ main offensive focus, however, will most likely be their offensive line.

Injuries hurt the Cardinals last season in this department. The best starting five offensive linemen combined to play 77 snaps together due to injuries. Four of those five are coming back, DJ Humphries, Justin Pugh, Rodney Hudson, and Kelvin Beachum. Will Hernandez joined the squad to replace Max Garcia at right guard.

Depth is more important than ever for the offensive line, especially to protect their quarterback and for the team’s future.

Running Back And Wide Receiver Depth

Luckily for the Cardinals, they are bringing back James Conner. The running back did miss two games last season due to ankle and heel injuries. The team is hoping he can stay healthy for the entire season since he carried the offense last season with 1,127 rushing yards and 18 touchdowns (third in the league).

Eno Benjamin and Jonathan Ward will also be returning. But, the Cardinals will still be on the lookout for some fresh running backs to add to the mix.

Arizona still has DeAndre Hopkins, who missed seven games last season due to injury and averaged 4.2 receptions and 57.2 yards per game. He did score eight touchdowns in those 1o games. The Cardinals are also keeping A.J. Green and Rondale Moore along with a few others who weren’t big playmakers.

The team did part ways with Christian Kirk, who led the team with 103 targets, 77 receptions, and 982 yards. The Cardinals hope that Hopkins is healthy and ready for the season and will need to rely on Green and Moore to play larger roles. They will also need to add some wide receivers to the roster with their draft picks.

That Arizona Cardinals have eight draft picks in the 2022 draft.