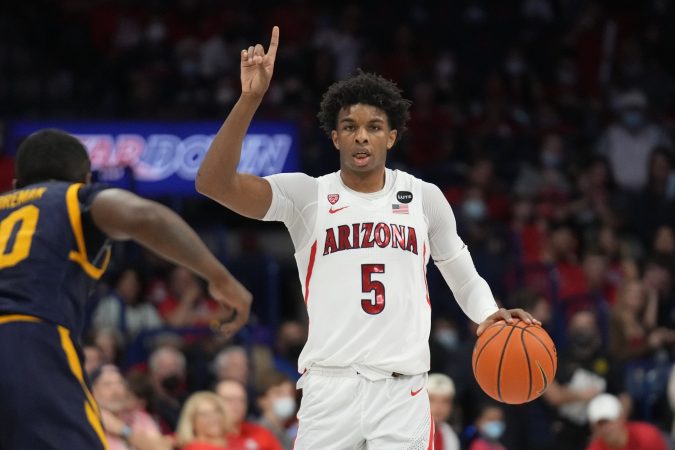 Arizona March Madness betting could rake in $563,000 in tax revenue from NCAA basketball alone. That’s a sliver of the $127 million in total sports betting handle that Arizona could see on NCAA basketball. Even that is only a quarter of Arizona’s projected total handle of $508 million for all of March. In Nevada, the handle is higher each season from September to March than April to August. Every March, except for March 2020, has had higher levels of handle than the February before it. Most NFL betting ends after the Super Bowl, which takes place before February’s halfway point.

The next major betting event is March Madness, which obviously does not take place in February. So, mature markets often see a dip in their February handle followed by a spike in their March handle that ends the peak season.

With this pattern in mind, we were able to project the Arizona March Madness sports betting handle.

We projected the total Arizona March betting handle by drawing from Virginia, which had similar revenue figures in its beginning. Its market is also a similar size as Arizona, providing a roadmap into Arizona sports betting’s possible financial future.

From there, we added a March Madness handle “bump” that’s common across sports betting markets. March Madness often results in an above-average handle compared to the peak season’s average handle. In Virginia, March 2021 handle was 6.72% higher than that peak season’s average monthly handle. So, we applied that increase to Arizona’s average monthly handle, bringing us from $476 million to $508 million in the projected March sports betting handle.

So many options: There are now 18 Arizona mobile sports betting apps

From Handle To Gross Revenue

Once we projected the sports betting handle, breaking the rest of the figures down to NCAA-specific projections was straightforward.

Arizona’s average sportsbook hold remained consistent across its three months of data. With an average hold rate of 9.7%, we projected Arizona sportsbooks to keep $12.3 million in revenue from NCAA basketball alone.

From Gross Revenue To Tax Revenue

From there, we jumped from gross revenue to tax revenue. Arizona sportsbooks can write promotions off before getting to taxable revenue. The amount they write off can vary from month to month depending on the events that sportsbooks offer promotions on. The generosity of those offers can cut deeply into taxable income, too.

So, we projected Arizona’s average adjusted tax rate with October and November 2021.